Welcome to our 'Out of School' childcare provision - setup in the wake of nationwide school closures in order to support the efforts to combat the effects of the coronavirus outbreak.

See the information below for more details, particularly the Terms & Conditions at the bottom of this page.

Every child who can be safely cared for at home should be. 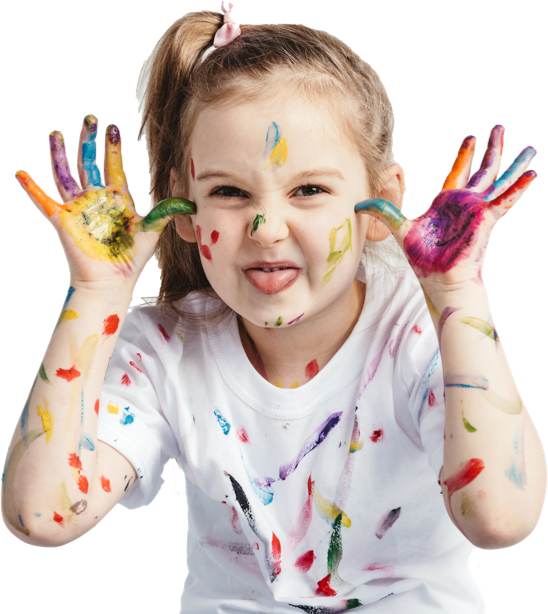 Our Beehive groups are now at FULL CAPACITY and no new children are currently being admitted until further notice. We are operating a waiting list - please complete the registration form below.
Children should only attend if there is no-one else in your family network or childcare support bubble available to look after them – they are medically safer in a good home environment.

How does it all work?

Who can attend your childcare provision?

Our Out-of-School provision has been setup to support our most vulnerable children as well as children whose parents are considered to be in one of the 'critical key worker' groups.

Vulnerable children have been defined by the Local Authority (LA) in conjunction with the Government’s Department for Education (DfE) as:

Key workers have been defined by the LA and DfE as:
Please note that in families where there is more than one adult capable of providing care, BOTH must be classed as ‘critical key workers’ in order to be eligible for our school's childcare arrangements.  This is so that we can balance the need to protect efforts to fight the Coronavirus outbreak at the same time as protect those still working and attending school settings.
How do I apply for a place for my child?
Parents requesting a place in our childcare provision are asked to complete our online registration form found at the bottom of this page.  Those parents will then be contacted to confirm that they meet the eligibility criteria.
Can my child attend for just some days of the week to fit in with my shift patterns?

No, the Government's guidance now stipulates that all key worker places should be offered on a full time basis only.

Yes, we are able to accommodate part time attendance providing parents and carers request this in advance and in writing via the school office.  Evidence of shift patterns may be requested.

What times will you be open and where do I bring them?

Please bring your child to their normal entrance doors between 8.40am and 8.55am - our usual gate opening times.  At the end of the day, please collect from the same entrance/exit doors between 3pm and 3.15pm (depending on their usual finish time).

My shifts begin before the usual start of the school day – can this be accommodated?

Our childcare provision will open at 8.40am as usual (with gates closing at 8.55am) and finish by 3.15pm (depending on the age of the child).  When we have a more accurate idea of the numbers of children attending, we will make a decision about Breakfast Club.

To begin with, our childcare provision will open at 8.40am as usual (with gates closing at 8.55am) and finish at 3pm.  However, once we have a more accurate idea of staffing and children numbers, we will look to extend this further as soon as possible.

Can my child walk to and from your childcare setting as they did for school?
Our school's normal expectations will continue to apply.  Children in Y5/6 may walk to and from school if that is what they do normally.  All other children must be brought to and collected from the correct entrance/exit door by their parent or carer or another designated adult listed on the emergency contact list we hold in school.

Please be aware that it is your responsibility to maintain accurate emergency contact details and ensure that those listed understand their responsibility to act in your absence should an issue arise that concerns your child.
Will my child need to be in normal school uniform?

It will be very important that clothes are washed properly in order to minimise the risk of germs being spread.  All clothes and footwear must be suitable for a school environment (inc. being outdoors) and may well get dirty at some point.

What will my child need to bring with them?

Children will need to have a water bottle with them and provided with a healthy morning snack e.g. a piece of fruit, as our normal fruit supplies may not continue.

We are currently working with our caterers regarding school meals.  However, it is likely that our kitchen will be closed and therefore, every child would need to be supplied with a packed lunch from home.

There may be other items e.g. wellington boots and changes of clothing, that we ask to be supplied from time to time depending on the nature of activities planned for your child.

We have been working closely with our caterers and have made arrangements for all children attending our childcare provision from Monday 23rd March to have a cooked meal as would usually be available.

Meals must be booked via ParentPay in the same way as usual before 9.30am.  If you would like your child to have a packed lunch provided from home instead, please send them with this as normal.

Will I have to pay for my child to attend your childcare provision?

No charges are being made except for school meals at lunchtime (when available).

If your child is eligible for Free School Meals (income related OR thorough the Universal Infant Free School Meals entitlement), this will continue as normal.  Parents and carers will still be expected to book school meals (or stipulate that they will have a home-provided packed lunch) via our normal ParentPay system.  This is needed in order to ensure that our caterers can provide the correct meal numbers and so that we know who we are expecting to attend.

More details will be sent out shortly.

Will my child be looked after by their usual Teacher and Teaching Assistant?
Many of our Teachers and Teaching Assistants are now having to self-isolate due to the risks to them and their families.  Therefore, we will only have a skeleton staff able to provide childcare possibly on a rota basis.  This means that it is highly unlikely that your child will have their usual Teacher and/or Teaching Assistant to support them.
What happens if a member of staff becomes poorly?
If a member of staff or their own household develops symptoms of COVID-19, they will self-isolate in line with Government guidance.  The school will continually assess the risk to remaining staff and children and may have to make the decision to close our childcare arrangements.

If, for any reason, staffing numbers begin to fall below acceptable levels in order to maintain safe ratios, the school reserves the right to prioritise places in any way we decide.

Please help us remain open for as long as possible by following all terms and conditions posted on our website.
What happens if my child becomes ill - will they lose their place?
If your child (or anyone else in their household) begins to display symptoms associated with COVID-19, they must be immediately isolated as per Government guidance.  They will not be able to return to our childcare setting until further notice.

If your child begins to display any other symptoms, i.e. other normal childhood illnesses, they are still expected to self-isolate for 10 days.

Parents and carers are expected to inform the school IMMEDIATELY if you suspect your child may have become poorly in order to safeguard them and everyone else.
Is there a telephone number I can call?
The school office is expected to remain open Monday to Friday between 8.30am and 3.30pm. Please use the usual telephone number to contact a member of the team.

However, staffing levels physically working in school will be greatly reduced and so emailing any queries will help us manage the volume of communication.

Please read the following Terms & Conditions carefully and consider whether it is absolutely necessary for your child to attend our setting before requesting a place.
Terms & Conditions
Register Now

Thongsley Fields Primary & Nursery School is an academy of The Cam Academy Trust, a company limited by guarantee and registered in England and Wales with company number 0749 1945.  The registered office is at Comberton Village College, West Street, Comberton, Cambridgeshire, CB23 7DU